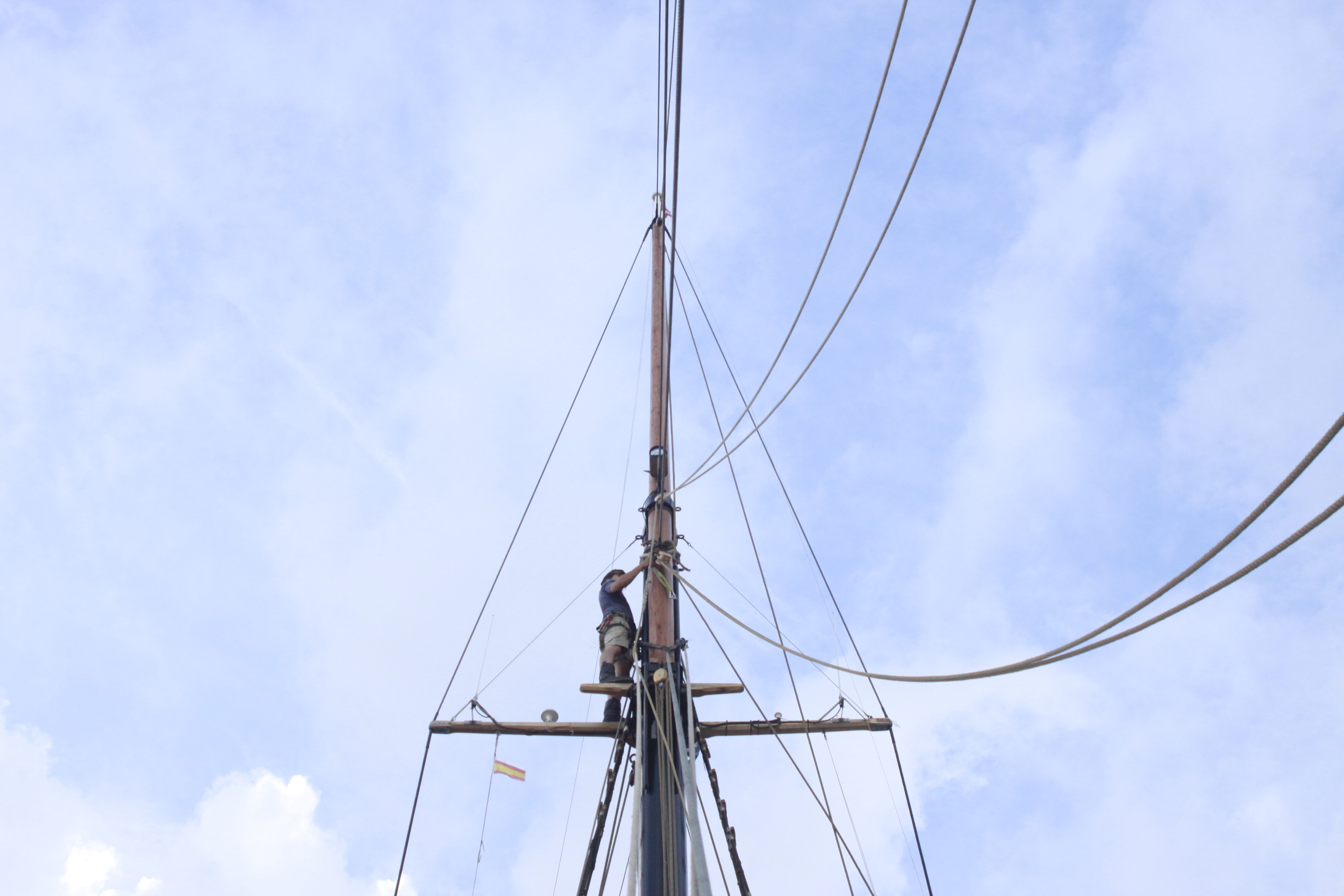 Lane signed on as a trainee in Freeport, Bahamas and will be sailing with us all the way to Bremen, Germany ETA 22.04! We couldn’t be happier to have such a wonderful mate onboard. Here are Lane’s words:

For more than three weeks now you could have walked the deck of the AVONTUUR and heard the phrase, „When we get to the Azores…“ tumbling from everyone’s lips. Everyone has made lists of things to buy, errands to run, and stuff to do when we finally arrive in port. It’s a constant topic of conversation. One might expect that a delay in our are rival would put a damper on everyone’s spirits. Yet not one person appears upset about another few days at sea. Sure, we might be going in the wrong direction. Okay, we have little to nothing to do on our watch shifts. Rather than letting boredom or frustration rule the day, however, it’s created a perfect atmosphere for a very important task – the AVONTUUR inter-watch song competition. A few weeks ago it was decided that each watch will perform at least one song once we arrive in Horta. We’ve all been so busy clipping along towards Horta we’ve rather disregarded our creative bents. Now there’s time for our brains to unravel the songs are coming out full force! Secrecy abounds between the watches, even as the element of surprise is hard to maintain aboard such a small ship.

On a more serious note, I’ve been impressed with how committed each crew member and trainee is to this boat. Even those who complain often and loudly show up to watch on time, do the work that is required of them and more, and are actively contributing to the well-being of our crew’s culture. Even after an wearying day of maneuvers you can find people dancing on the deck and swapping knowledge or jokes in the galley. What that speaks to I’m not entirely sure as of yet, give me a few more weeks onboard and maybe I can tell you. But what it seems to me is that a project such as this one inspires even when you feel discouraged, frozen, and exhausted. And maybe because we’ve just found some perfect combination of bizarre characters to throw onboard.

Signing off for now. Off to practice my performance with the rest of the watch! – Lane