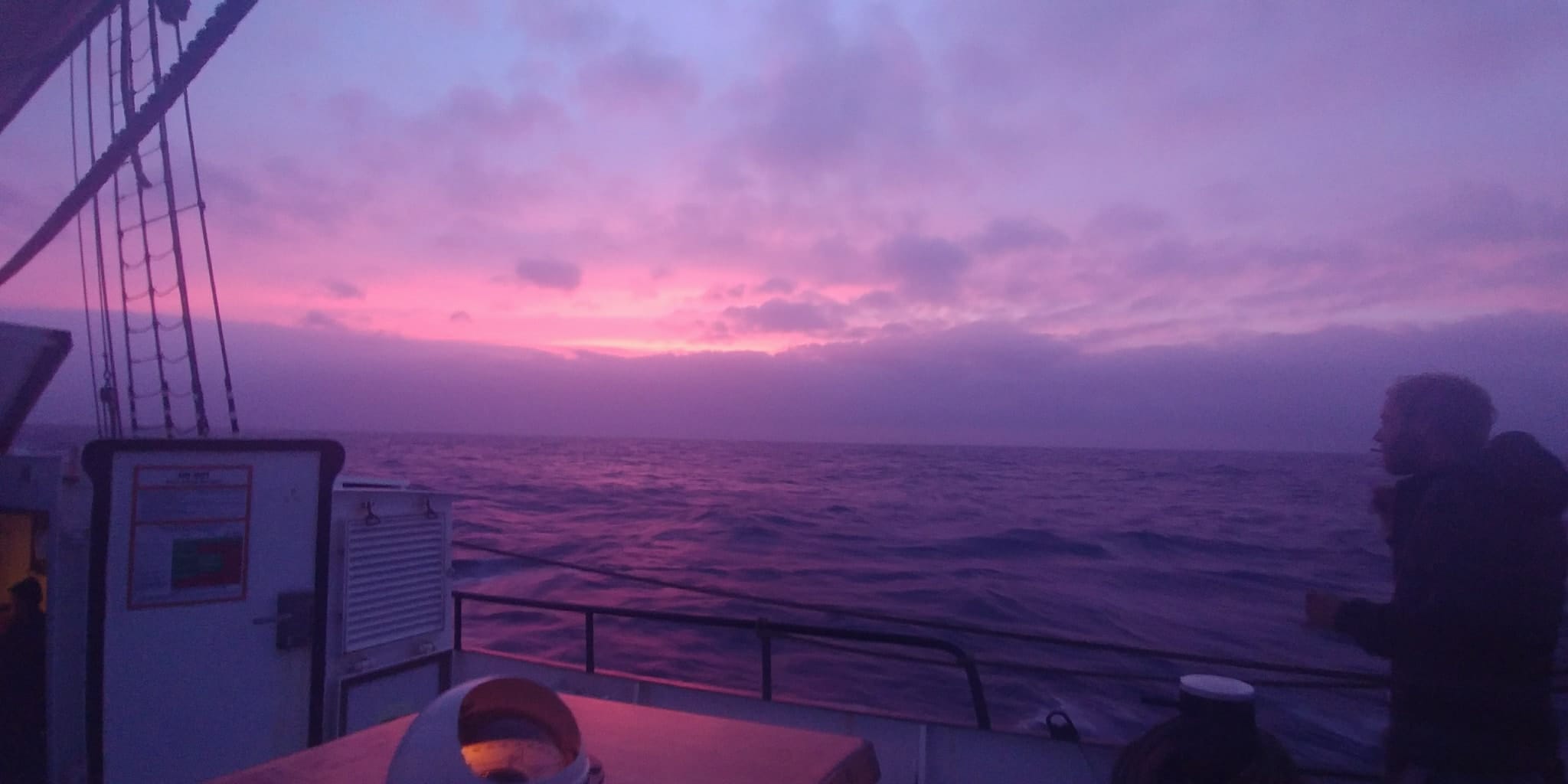 Dutch Ben sailed with the AVONTUUR recently from Horta to La Rochelle.  Furthermore, he was a volunteer on our rebuild for over a year from 2014-16.  Through his experience working on our ship and pursuing his passion for sailing he has become a professional rigger and is currently in China working on a new rig for the Chinese Navy.

Here’s his insight on sailing cargo as a shipmate aboard the AVONTUUR. 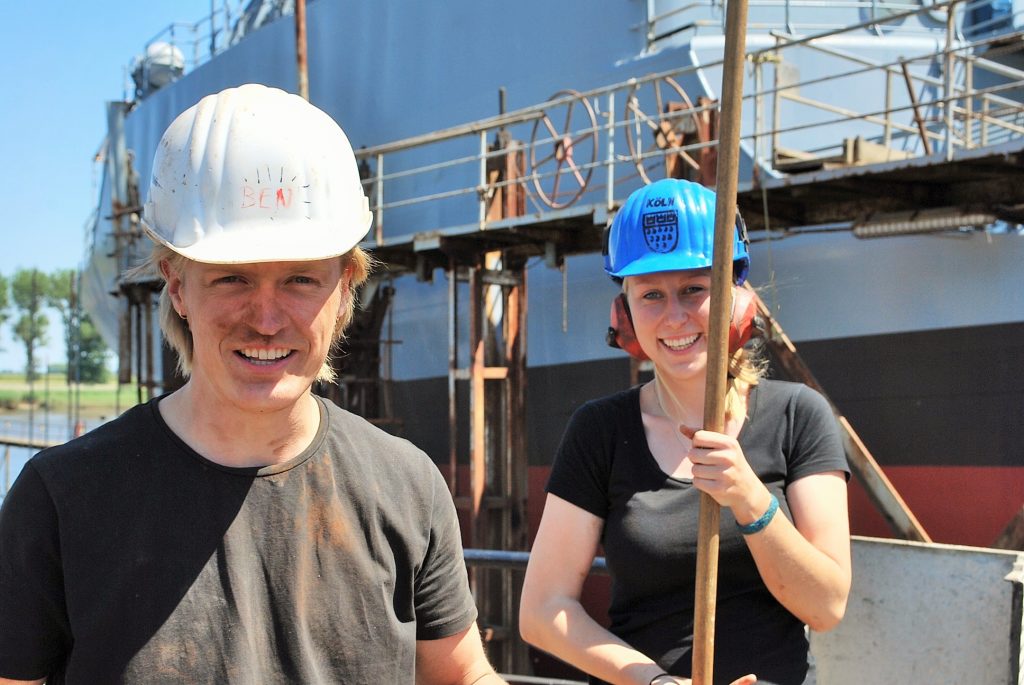 It’s been four days since we left Horta. It was nice, going to the beach, swimming, having drinks at Peter’s. Now we’re back at sea. We have been gradually gaining speed up until eight knots yesterday. Today, however, we have run out of wind. Now we’re just floating with the currents, waiting for that wind to come around again. It’s alright though, it gives me some time to tell you about some of my experiences on board the “AVONTUUR”.

When I first arrived at the ship with Andreas, a fellow sailor, the ship had just arrived in port and was buzzing with activity. Everyone was doing their thing and knew their place. These people lived and worked together and were so comfortable around each other, I felt like a stranger and I bet Andreas did too. I was a stranger, on the ship I once worked on and knew so well. I was confused and excited at the same time. The (natural) confusion was gone as soon as we went to the bar. There I got to know the crew and the shipmates and I found that we had much more in common than just the appetite for beer and before the trip had started, I had already made friends.

The trip itself was great, I have learned so many things that I never knew about before and seen things I have never seen before. I’ll give some examples. After a couple of days when when you’re far enough off of the coast and you get the chance to look up into a clear night sky, you will see more stars than you have ever seen before, it truly is “a black velvet dress, covered in diamonds.” With countless falling stars for all of your wishes to come true. And when you look into the water you will see more life than you thought to be around you. Not only are there dolphins swimming around in front of the ship, there will be thousands of bioluminating specks of plankton, flickering around the ship. And at the center of all these little bright lights, the rocking of the ship will make you sleep and dream…

Wake up. It’s not all magic and mystery. It’s also standing at the helm for hours, keeping the right course. It’s tacking in the middle of the night while trying to keep your underwear dry. It’s taking cold, salt water showers and it’s cooking in a kitchen that won’t stop moving.

Let’s not forget about seasickness. It’s a tough challenge (unless you’re one of the lucky ones that aren’t even bothered by the constant moving.) It makes you sick and makes you question all the decisions that have lead up to you joining the ship. And once you’re on the ship, you’re on it. No turning back now. So what makes these people want to go back to sea all the time?

I’m not going to sugarcoat it. It is what it is and I want you to think before you sign up for a voyage like this because it’s not just you average vacation trip. But if you are looking for adventure and you are willing to take the good with the bad, then we’ll be happy to see you around.