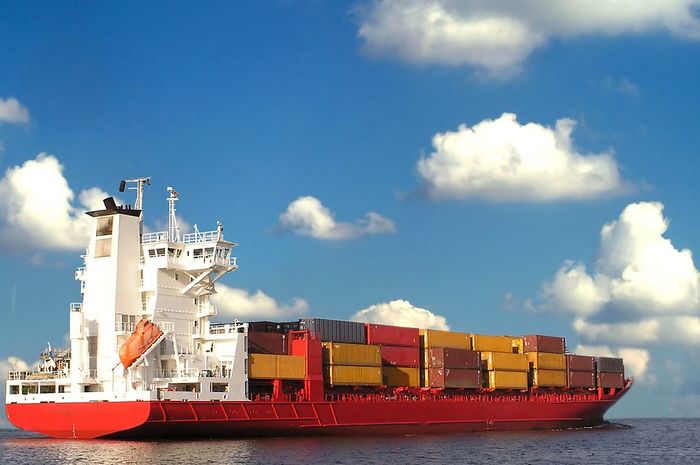 This article was published by Varsity which is Cambridge University’s independent student newspaper.  All photos in this article are property of Varsity.  You can read the original article HERE.

Lane Atmore shares her experience of sailing on Timbercoast, a sustainable shipping company

It’s dark. The waves are building beneath me and the ship is pitching back and forth. It’s raining. I continue out along the bowsprit, my rubber boots slipping on the wet tight-ropes slung between the bowsprit and the hull of the ship. The two of us have short lengths of rope tucked into our harnesses so we can tie down the sails in front of us. The sails that are massive, trailing wire and blocks, and whipping around in wind and waves. It’s my first week onboard. Let’s go.

90 percent of all the goods you own, the clothes you wear, the food you eat, the computer you are reading this on, are shipped via cargo ship (International Chamber of Shipping 2015). Cargo shipping accounts for a whopping three percent of all greenhouse gas emissions; just 15 of these ships account for the same greenhouse gas emissions as every single car on earth and there are currently more than 50,000 container ships in commission.

Huge container cargo ships carry goods around the world, emitting sulfur and carbon dioxide, creating sound barriers for marine animals, and leaking paint and chemicals into the sea. Ships are a driving force behind globalization, they are the reason goods can be sent around the world en masse. Yet this shipping system is poisoning both the oceans and the atmosphere, emitting more greenhouse gases annually than Germany (German Watch), and the International Maritime Organisation did not sign the Paris Climate Agreement.

There are several companies in Europe that are working to address the problem of cargo shipping in an even more radical way. Allied under the Sail Cargo Alliance, these companies have refitted old traditional sailing ships into sail-cargo ships, traversing the European continent and Atlantic Ocean to ship goods sustainably. Timbercoast is the newest of the sustainable shipping companies. During the second Atlantic crossing I sailed with their ship, the Avontuur, familiarizing myself with sailing on a traditional ship, the community and cultures built in such an environment, and the ways in which the ships like the Avontuur could be a symbol for change and hope for the future. How do people come together on such a voyage? Is it true and abiding commitment to climate change? Is it simply idealism based on the romanticism of tall ship sailing? Or do these people not realise that a small boat like this will never take over the shipping industry?

While sailing on the Avontuur, the crew almost never discussed the climate. Even while we were risking our lives to make a statement about the shipping industry, being part of 14-person crew in the middle of the Atlantic was like being in a separate world. For once in my life I wasn’t looking everyday to see the horrible things that were happening worldwide or agonising over my own carbon footprint. In short, it was freedom. We all knew that a 49-meter ship carrying only a small load of cargo on a voyage that takes six months round-trip would never be able to compete with high-speed international shipping. Our world would no longer function if we reverted to sailing ships alone.

At times, when facing a problem so large, it can feel like you’re doing nothing but screaming into the void. How can the actions of one individual stand up to such a monolithic force? But what something like the Avontuurdoes do is expose one to the communities of people who do care enough and who want to change the world. I guess in the face of a problem too big to solve there’s nothing one can do but work on the piece of it they can really change. Perhaps if we all did that, something truly beautiful would happen.

I sailed with Timbercoast from February of 2017 until late April of the same year. We brought fair trade, organic coffee beans from a small farm in Honduras to the port of Bremen, Germany. This was the Avontuur’s maiden voyage. It took years of investment and commitment to get her from the docks to the ocean and then to cross the Atlantic. The members of Timbercoast have worked tirelessly to refit the boat, find investors and companies to trade with, and to sail the ship – no mean feat in the north Atlantic, let me tell you! It is truly inspiring to be involved in such a movement.

Perhaps it won’t change the shipping industry and perhaps it’s just a beautiful thing to see. Yet, there is a strong community of people who have poured their life’s work and savings into this project because they care so intensely about the future of humanity and protecting our planet. These are people who are willing to live and work in extremely dangerous conditions (think climbing off the side of a ship to fix sails in 30-foot waves) and the beautiful thing is when you are in that community you don’t even think twice about it. When you’re working with other people who truly care, the investment no longer seems crazy or eccentric. It’s just what needs to be done.

You can support our crew, the ship, and our Mission Zero by purchasing our Premium direct trade and sailed AVONTUUR products HERE.