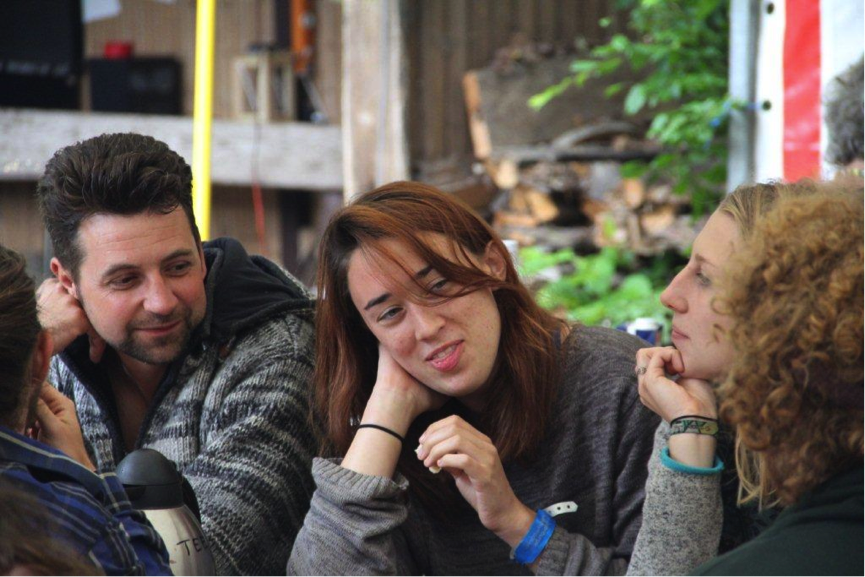 As it turns out Denton, Texas is an epicenter for radness.  Erin joined the team on the 4th July and the fireworks ensued.  She gifted the house with a strong wit, odd photo posses, an uncomfortable passion for the oxford comma, and refreshing reminders of personal shortcomings.  The Timbercoast team now lacks bite and stage presence.  Yes, Erin literally spent an entire night of a concert on the stage with the band.  We are so grateful for all our volunteers and Erin especially.

I’ve been away from TIMBERCOAST for a while now. I’ve been spatially separated by several airplanes, busses, trains, and sketchy jeep rides from the project. Situationally, nearly a whole lunar cycle has passed, birthdays have come and gone, and many concerts have been danced since I’ve said farewell. Temporally, 21 days (at the time of writing and not caring about time differences) have come and gone. All of this to attempt – poorly – to wax poetic. But to the meat (tofu?) and potatoes of the mater: I miss TIMBERCOAST. A lot. Becuaseof this, and i told Curly Ben I would, I’m taking a trip down Not-so-distant Memory Lane to it’s intersection with What-I-learned Avenue. 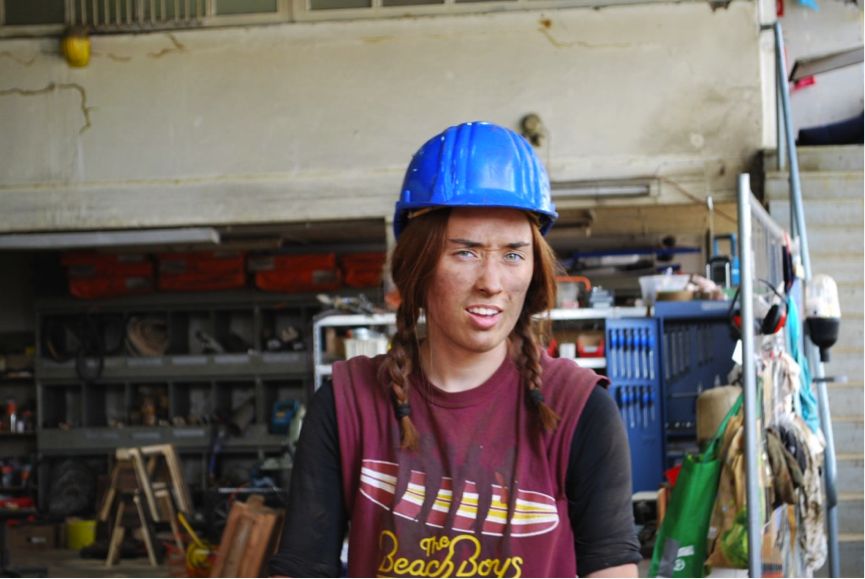 My first train was late. Great. Missed myconnection in Bremen to Elsfleth. Double great. Sighing and mentally rehearsing my apologies in German, I call the contact number I was sent to let them know I would be late. To my surprise I was greeted with a bright, chipper “Howdy” and an assurance that all was well and I would still be met at the train station. It made me smile, that’s how titled the email I sent months ago when I first inquired about volunteering for the project. Had to do whatever I could to stand out in massive crowds of people vying for the opportunity to work on such a cool project.

Anyways. Once I made it to the Elsfleth, I was whisked away by a mane of fiery curls in a tan minivan straight to the wharf. Initially, it was overwhelming. Ditched my shoes for steel toed boots. Threw on a hard hat so I could walk around safely. Boom. Rapid fire introductions. Hi, I’m Erin. Hallo, Ich bin Erin. Hi. Hello. Hey. Each part of the workshop had rambunctious volunteers, that were even more lively due to a pending lunch break. I was taken aback, everyone was so close. They must have had months working together to bond. But I was quick to learn that several have arrived only a day or two prior to me. And by the time I finished my insufferably- ehem… delicious day old rice(Who let the Englishman cook?)- I had already slipped into the TIMBERCOAST mindset and family. Before the warm fuzzies had the chance to overtake me, lunch was over and we were set to work. 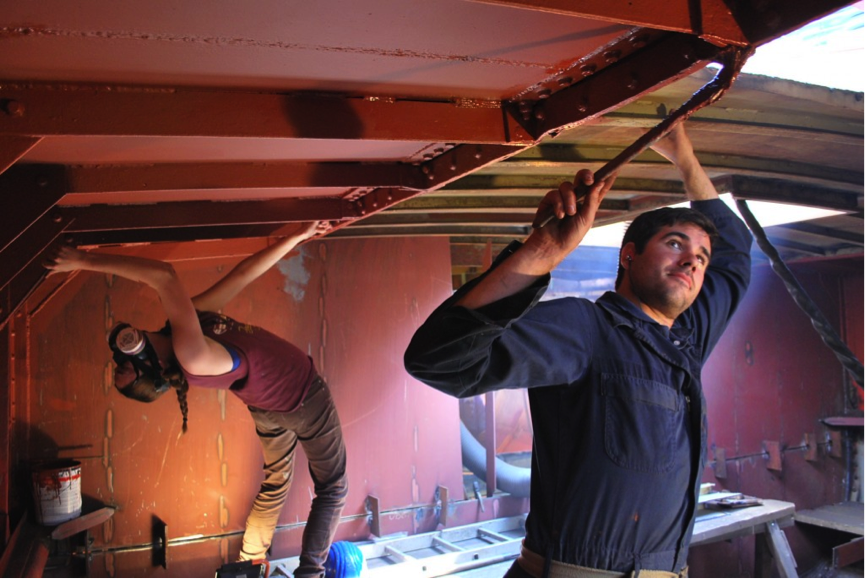 Work hard we did. Everyday I would come home covered in every bit of grime you could expect to find at a shipyard. I loved it. Looking back over your work at the end of a day and seeing a noticeable improvement is a deeply satisfying feeling that often evades those of us living the white collar working lifestyle. 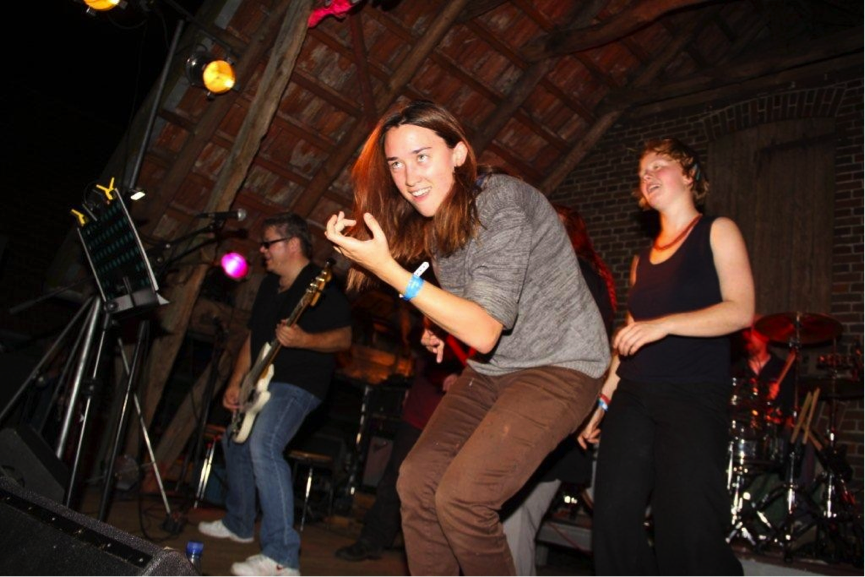 But even deeper than my personal fulfillment was the knowing that my efforts were larger than myself. My fellow volunteers and I were doing our part to bring to fruition a dream to be more responsible with the planet we are fortunate enough to inhabit. And man, what a unique take on environmentally friendly projects. Yes, we recycled and composted our trash at the house. Yes, we were cutting back on fossil fuels by travelling, nearly exclusively, as a pack a hard hat wearing crazies to and from work on rickety flea market bikes. Yes, we had a limited meat intake and bought as much locally and organically as we could. But that is just a part of the lifestyle at TIMBERCOAST. The goal to provide a wind powered alternative to fuel hungry cargo shipping was exciting. It inspires me to put more consideration other less obvious means of creating a better world for us and the future.

I could easily go on and write in depth about every day and how many of the individuals made me laugh, made me think, and made me hate to say good bye. But I’ll leave it at this. Thank you. To everyone who was there before me, to those who I had the privilege of dancing my pant off with, and to those who continue on with the project. I hope to meet again soon.