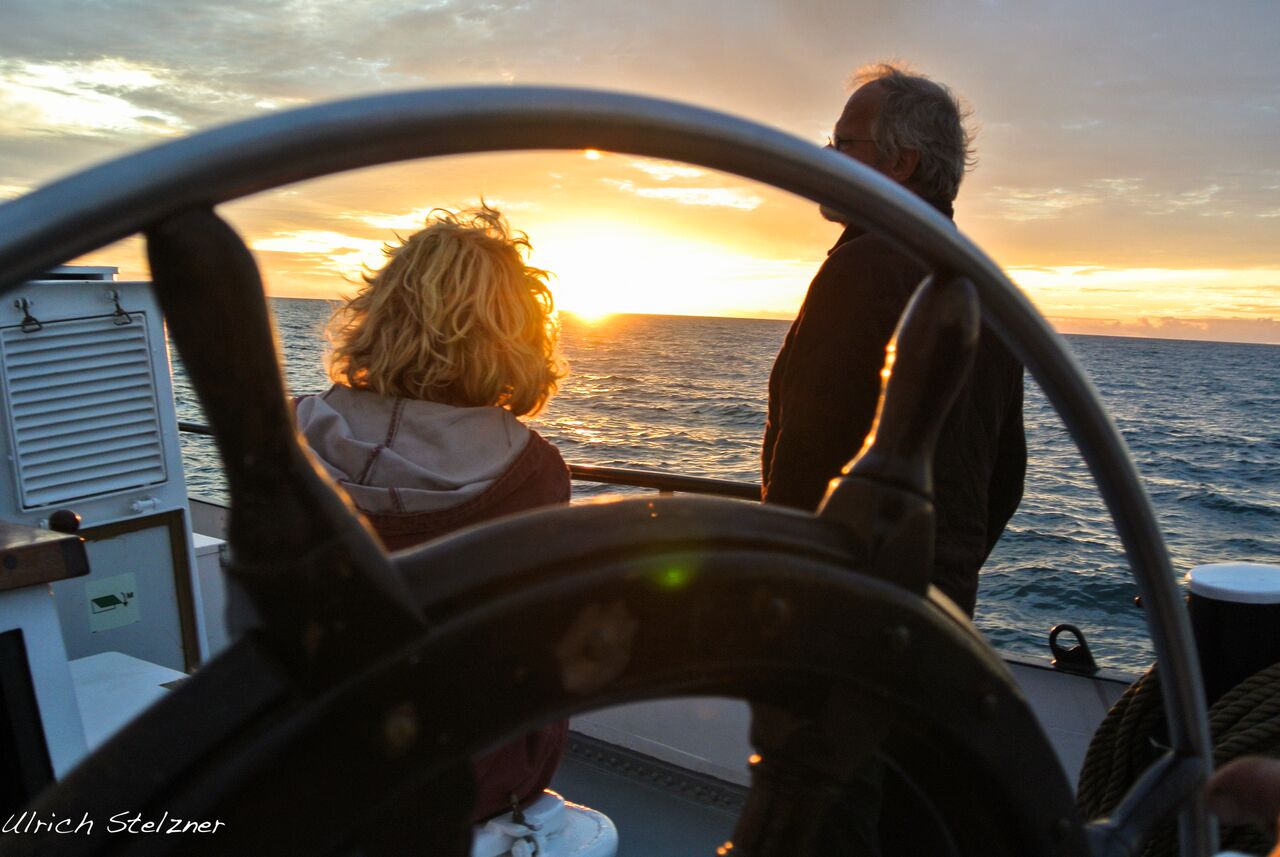 It’s 5:00 on the 12th of November and on this night we reached the good old tradewinds. After some good times in Tenerife it was time to say goodbye and start the crossing to Martinique. Four days ago we went out of the harbour, A nice group of people on board, some have already been working for years on the AVONTUUR, some are just a few days on board, which makes everything fresh. The first few days we had some strong winds, 6 to 7 bft, from the north east, perfect to leave the Canary Islands and the city’s lights. Now it’s only the sun, moon and the red above green light up in the mast we see. Some of us were a bit seasick but everyone is feeling good again, we are in the rhythm of the sea, rolling up and down.  I think we are nearly the only people in the world who don’t know who is the new president of the USA. That’s nice, the ocean is making her own rules. My watch (the four till 8) is doing well, I hear Alex, Ernesto and Lotte laughing around the helm. The nearly full moon is down and we already see the first light of another day in paradise. As soon we have enough light we do a deckwash, wake up the next watch, have breakfast and have some hours of rest. This is the life I’m always dreaming about when I’m on land, sailing in the trades with the growing fleet of sailing cargo ships.