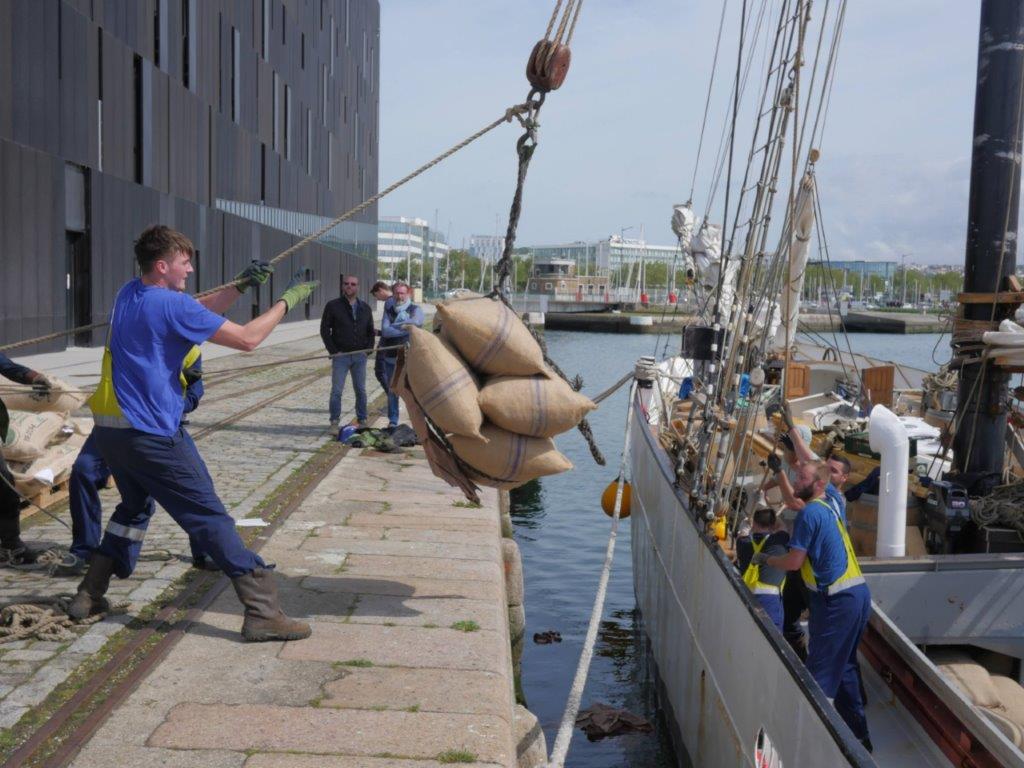 After 48 days at sea, our AVONTUUR and her crew have arrived in Le Havre, France.  In the process we burnt zero bunker fuels while transporting the 8 tonnes of cocoa and 5 tonnes of coffee by sail.  These organic products were loaded in Puerto Morelos, Mexico for the trading company TOWT – Transport à la voile.  In addition to these cargoes, we have 6 barrels of red wine from Bordeaux we will be delivering later this year for TOWT.  In 2014, the port of Le Havre imported over 230k tonnes of green coffee by commercial shipping.  Today our crew delivered the first 5 tonnes of coffee by sail signifying what we hope is tiny shift towards the need for clean sea transport.  Isn’t it time that the transport of goods aligns itself with the organic and fairtrade movements?  We believe so and we think the oceans would agree with us!

The crew onboard is ready to come home to Germany and be in the arms of their loved ones!  Captain Cornelius and his crew will depart tonight (03.05) at 18:00 for Hamburg.  It’s been over 9 months since the AVONTUUR returned to Germany and we want to invite everyone to come celebrate her arrival with us!  See you at the Hamburg Hafengeburstag.

Below is a picture of the TOWT crew offloading the cargoes with their banner in the background.