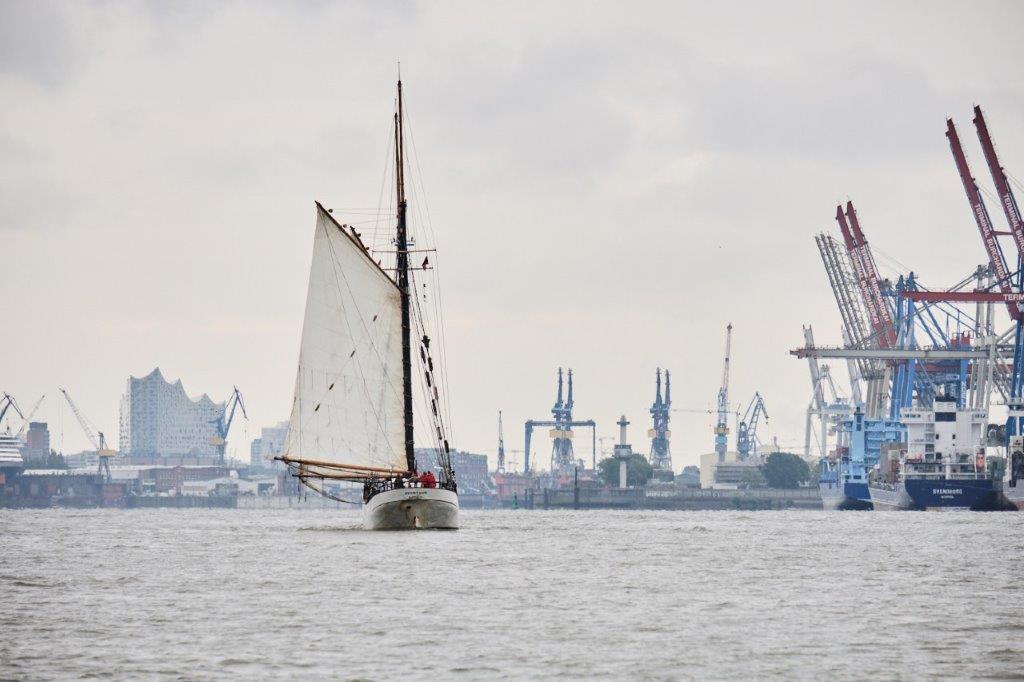 The AVONTUUR has returned to Hamburg on Saturday morning July 6th. A very big day indeed at the harbour museum in Hamburg. 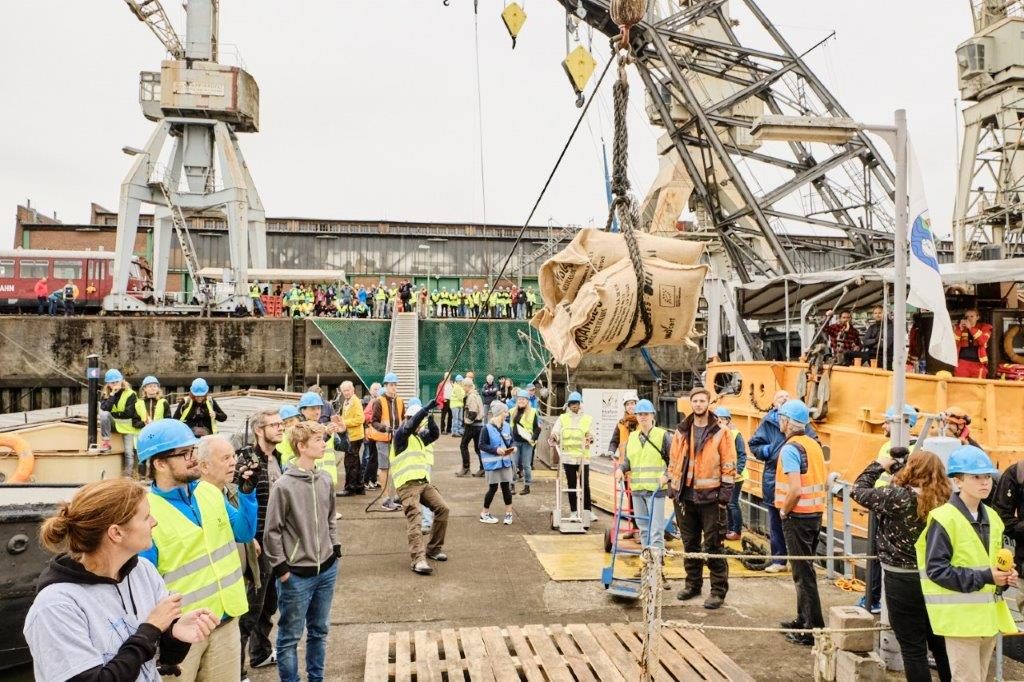 After nine months of sailing and completing our Voyage 4, to a great applause, with a full cargo hold of sailed goods from the Caribbean and Central America. 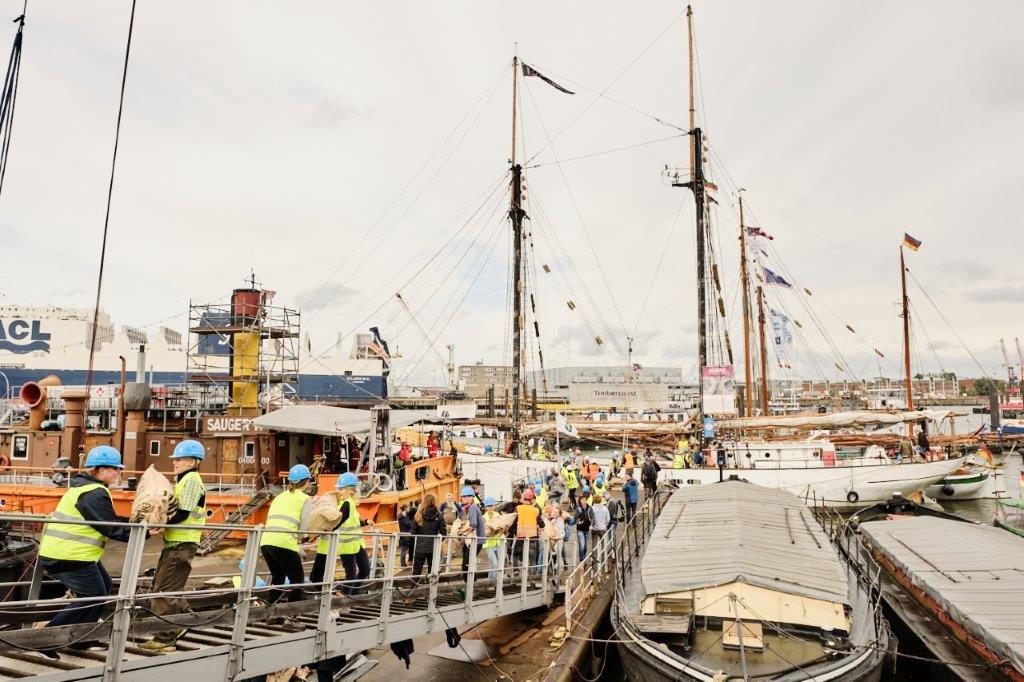 More than 200 volunteers unloaded together with the crew in moderate weather throughout the day.  A great symbol for clean sea transport and all cargo was traditionally offloaded by hand. The coffee bags from Teikei Coffee, Cafe Chavalo, El Rojito, EZA Fairer Handel, Brigantes and El Puente were the first to arrive on land. Bags of Belize cocoa beans from Choco del Sol and Zotter followed. They were lifted from the AVONTUUR cargo hold onto the floating pontoon with rope then hoisted onto shore then further lifted onto the quay. Some of the Cargo Cycle and El Rojito bikes could load up to 300 kilos in order to transport the sacks to the interim storage facility. A school class from Bamberg were impressive not only unloading their five bags of coffee for their Waldorf school but also driving them to southern Germany on cargo bikes for the next 14 days in a climate-friendly manner. Again and again the unloading operation had to be interrupted due to rain, the hatch of the ship had to be closed and the cargo on land had to be covered with tarpaulins at lightning speed in order to protect the precious goods. After a long exhausting day, the last coffee sack went ashore at 1930 o’clock, after which the last barrel was unloaded at about 18 o’clock which was matured on board for 4anchors Gin from Knut Hansen. The end of this memorable day came at the After Work Party which ran into the early hours of the morning. 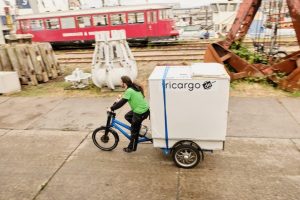 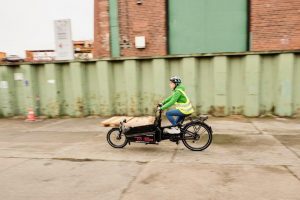 Once again, the spirit of the TIMBERCOAST project was evident: more and more cargo partners are joining in with each journey and together something big is being created. In addition to the general public, the event also attracted a lot of press, which carries on the Mission Zero message for climate-friendly sea freight transport. 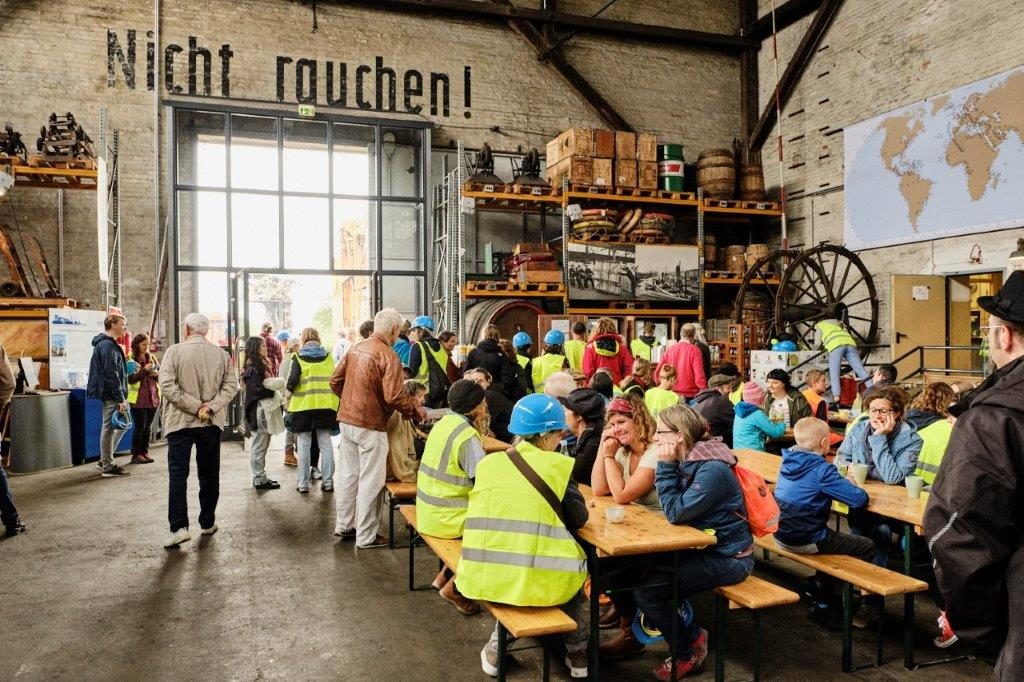 Yesterday the AVONTUUR arrived in Elsfleth, its home port. Our AVONTUUR goods will be unloaded here. Coffee, rum, grain, schnapps, wine, honey and salt from overseas.

After maintenance, the sailing freighter AVONTUUR will leave at the beginning of September for her fifth Atlantic voyage.

You can support our crew, the ship, and our project by buying premium direct trade AVONTUUR Products from our ONLINE SHOP.