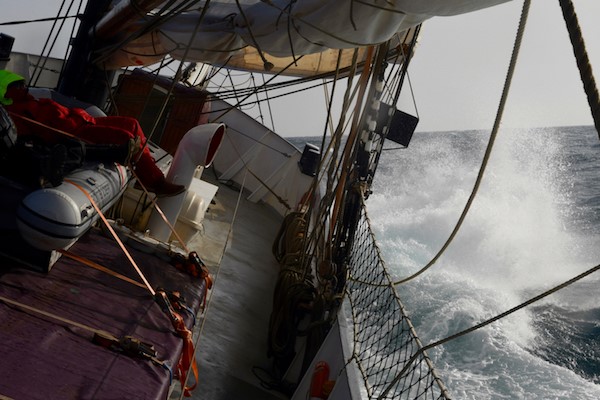 Through the North Sea and the English Channel, we sailed in just a week!  For now, we wait at anchor in Brittany as we wait for a major storm to pass. The wind and the weather always determine life at sea in a very decisive way. 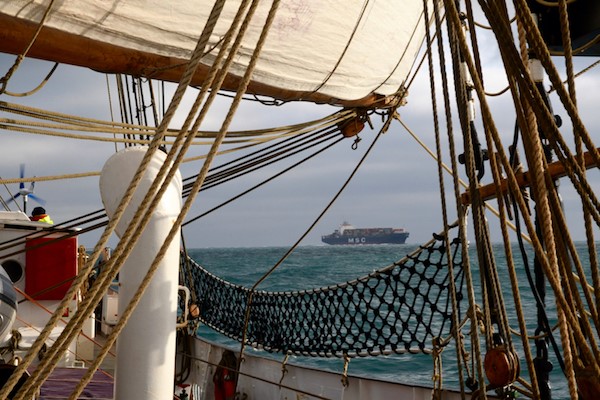 It was a dream to start Voyage 5 on the morning of January 17th with the first high water. At dusk, the Weser river had a strong current that carried us towards the sea.  Above, we were accompanied by flocks of migratory birds enjoying the early sun, even a sea eagle ‘greeted’ us, then in the morning light past Bremerhaven and out onto the North Sea we sailed. The good wind brought us forward quickly and the crew was already in the ‘acclimatization phase’ in the first night while stormy eight wind forces and up to three meters high waves raged.

A high weather system which was contrary to the predictions spread out in the English Channel and caused our barometer to rise to an altitude of 1048 hectopascals, which I had never seen before. After this system passed a little bit to the north, it let us rush through the channel on its south side with north-eastern winds, towards the exit, sometimes with a speed of more than eight knots: a gift that gave us a wonderful ride! Finally, we were out on the ATLANTIC! It was pure joy to see how fast we were able to get there, also in winter, without snow, ice or too much cold.

The night watches are already very ‘fresh’, take a lot of energy, and ignites our dreams for the Caribbean.  From the Strait of Dover, it becomes noticeably ‘warmer’ as the Gulf Stream raises the water temperature to 9-10 degrees – and thus doubles it from what it was in the frigid North Sea. 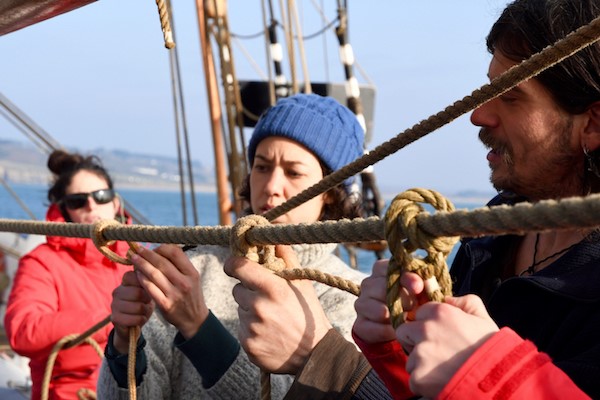 At the moment, there is a lot of weather action brewing on the Atlantic Ocean so we retreated to the Baie de Douarnenez near Brest.  Here, the crew gets to know the ship even more intensively, some things are checked and revised again… and besides, it’s very convenient to have a short rest!

When another weather window opens, we will continue. And next time I will be reporting from either Madeira or the Canary Islands!  AHOI

* This blog was copied over from Matthias’s personal and awesome webpage www.klimasegler.de. and translated by Curly Ben.

You can support our crew, the ship, and our project by buying premium direct trade AVONTUUR Product from our ONLINE SHOP.