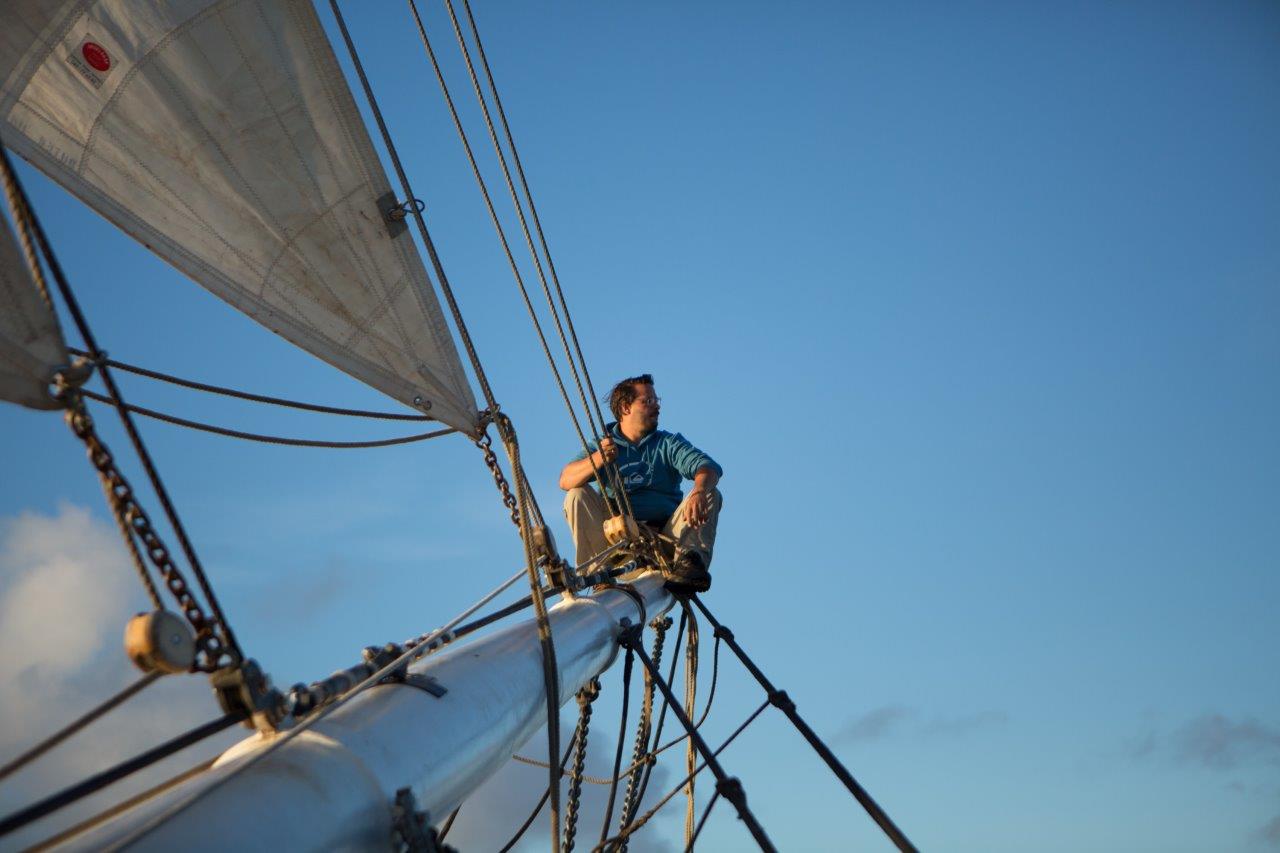 Where would we be without Paul and his camera? Paul has been a strong supporter of our project since he got involved in early 2017.  All the sailing videos on our youtube page were filmed, edited, and directed by Paul and his company „das frame”.  A constant professional, we couldn’t be luckier to have his support showcasing our mission to eliminate pollution caused by shipping.

Now for his recent short film “Fair Winds” which he recently submitted to film competitions and festivals around the world.  You can watch the video but first hear from Paul.

Out of the city and into the country

At the beginning of 2016 I moved back to the country with my two children and wife. In the past years we lived in different big cities but since my wife and I had grown up in the country, we always dreamed of living differently. We did not want to deny our children a large garden and access to nature.

Nature is always worth protecting

One year after our move, we stumbled across a project that was realized in our small town. A good friend told us about her fascination for a ship that was converted into a cargo sailing ship with volunteers from all over the world. She told us about the great time they had during the renovation phase but also about the many challenges of the project. It was about the newly founded company Timbercoast, which is committed to the clean transport of goods at sea and points to the grievances of our consumer society.

Before I hadn’t thought much about sea transport or the facts concerning it.  The numbers you come across in container shipping is so huge that it actually takes several days to process and understand. Also, little is reported about it and it is difficult to find official figures but nevertheless it immediately became clear: the modern transport business must change. On the road, in the air, and on the water!

What can or should I do?

I often wonder where are we supposed to start? Many people ask themselves this question – no matter from which generation.

I am a trained media designer for picture and sound. I have been independent for more than twelve years and have seen a lot of the world, visited every continent, and got to know a great variety of different people and cultures. In my opinion, all people have one thing in common: they want a peaceful world for themselves and their families on this planet.

My photos and films for Timbercoast not only help to create more attention for a clean sea transport but also means for me to be part of a group of people who are trying to make a positive change. I want to give my children the chance to realize their dreams the way we do.

Timbercoast has sharpened my perception and changed me – thank you for that! Paul.

Please support our crew, the ship, and our project by buying our premium direct trade RUM and KORN from our SHOP.