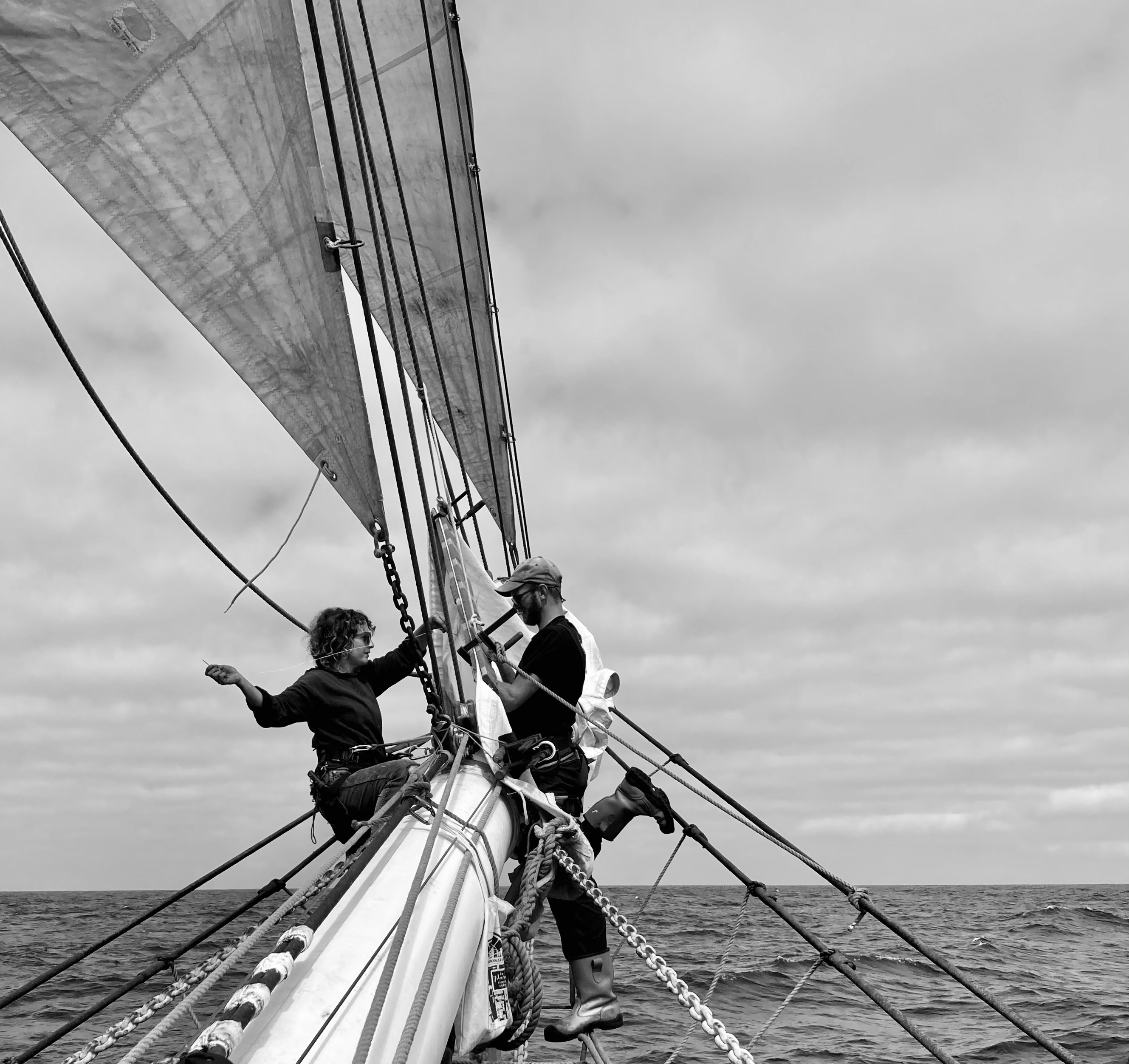 Here, out in the big blue it never gets boring and luckily in Timbercoast and on board AVONTUUR we count with a highly motivated and competent crew to handle all kind of situations.

After leaving Mexico, along the Cuban coast, trying to reach the Gulf Stream to get a ride up the North American Coast, we were caught in the middle of several squalls. The weather conditions were unstable and unpredictable with wind changing as much in strength as in direction, mostly at the end of afternoons, usually when the entire crew was on the deck, what was quite handy to do some fast manoeuvres, staring at thousands and thousands of swallows and some hummingbirds that were looking for shelter on board and making of AVONTUUR their love nest.

Almost out of the Florida trench after a day of fair winds, unexpectedly a big squall hit us and we had to do some late night manoeuvres and to douse some overpowered sails, which ended up with a ripped outer jib.

Next day we were already in the Gulf Stream at full speed, and some deck work like block maintenance and rust busting were prioritized by the bosun and the deckhand due to the calm conditions of the sea. Quickly we were in the mighty North Atlantic, sailing East. Unfortunately for some and thrilling to others we were received with waves around 6 meters, what made extremely difficult any work on the bowsprit. With wind predictions not so favourable to the next weeks because of some scary calms, bosun and deckhand started to work on the sail repair.

First making the two patches inside the galley due to the heavy rolling and constant sprays on the deck. When the patches were finished, they started to create a safe working space on the bowsprit with pieces of wood and sea clamps and as soon as the weather conditions allowed us to step out onto the bow sprit armed with harnesses, needles, speedy stitcher and the patches. Few hours later, with the help of some valuable crew mates, the sail was repaired and hoisted, what helped us to arrive in Azores 20 days after a beautiful sunset behind the skylight of Miami.