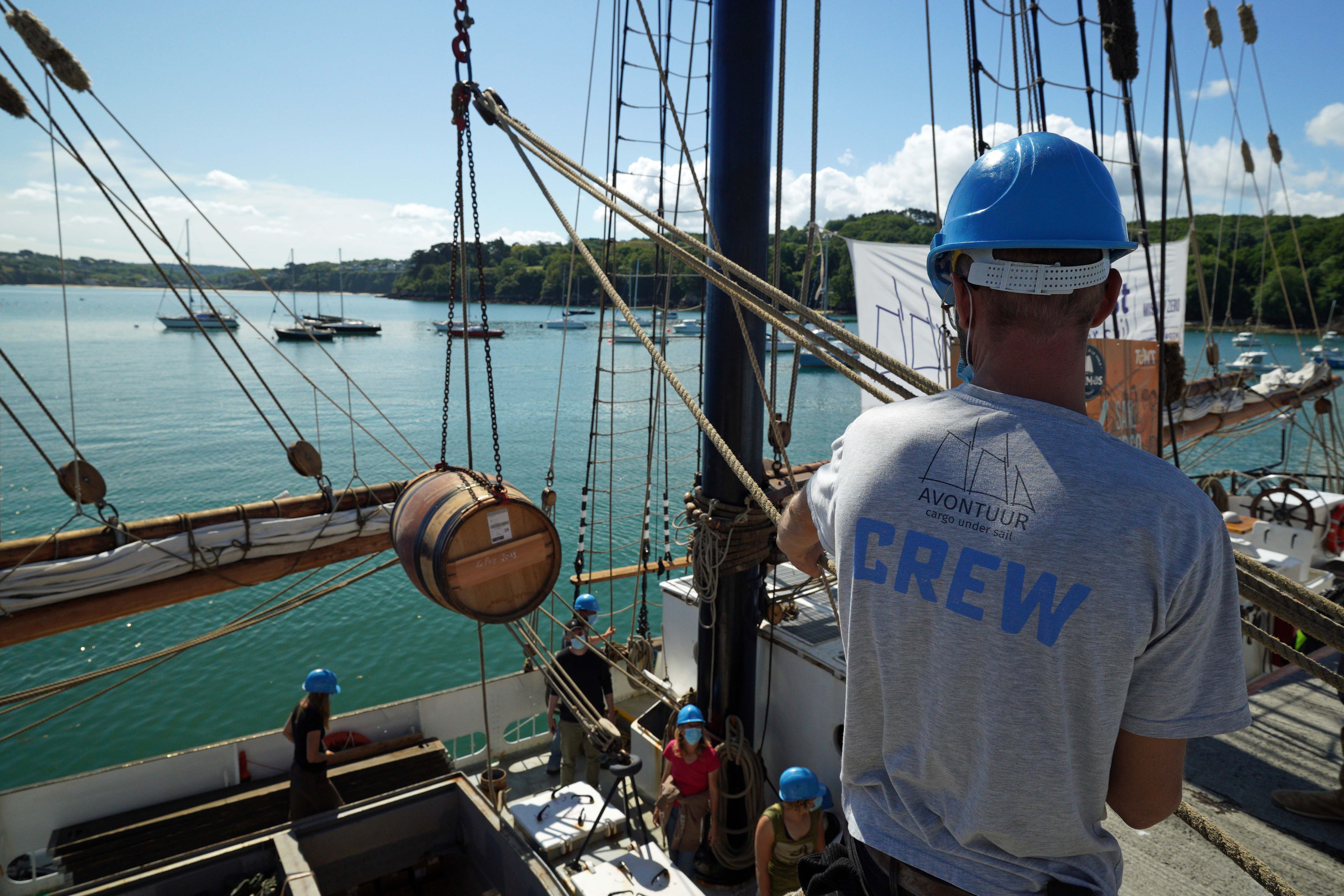 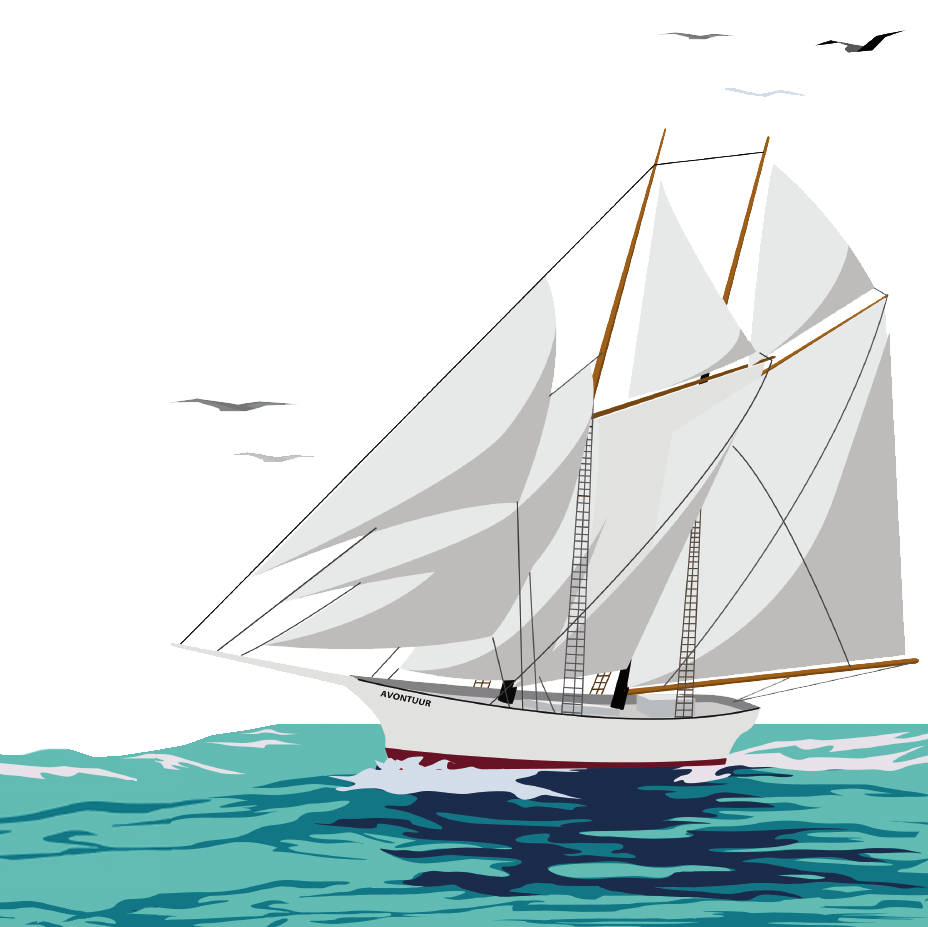 The AVONTUUR comes clean: Unloading-EVENT on 18th of June in Hamburg 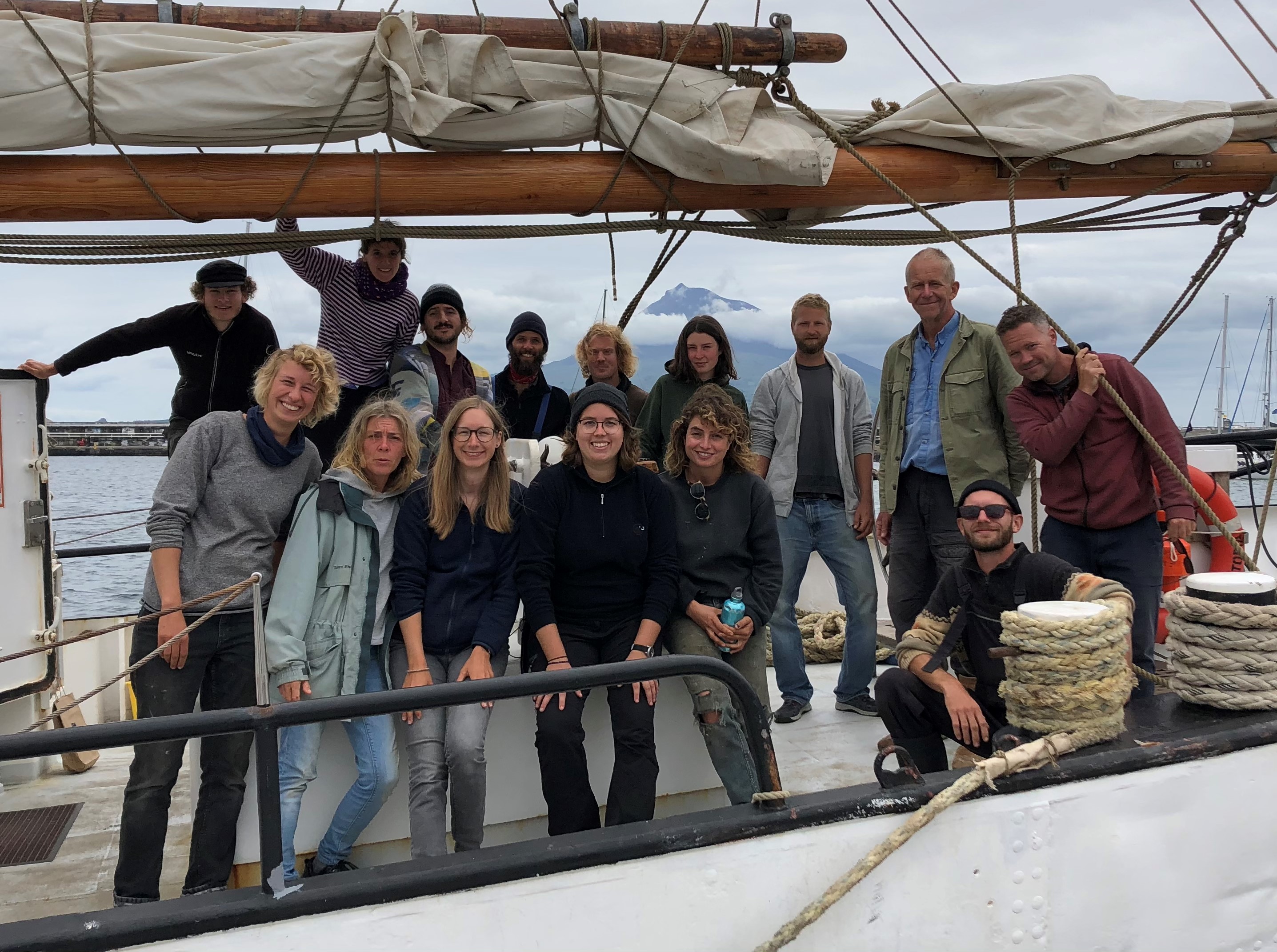 On June 18, our cargo ship AVONTUUR will return from its sixth voyage. The ship is expected in Harburg Museum Harbour after eight months at sea and around 13,000 nautical miles to unload 60 tonnes of general cargo in the traditional way with the help of a historic crane.

After hard work and with many tons of cargo on board, our 16-member crew is very happy to arrive in Harburg’s museum harbour. But it is not only the crew that is looking forward to arriving at the pilot quay of Harburg’s inland harbour: on June 18th 2021, over 60 tonnes of general cargo from Nicaragua, Honduras and Mexico will be unloaded. The hold is filled to the hatch cover with ecologically produced and fairly traded goods for our partner organisations Cafe Chavalo, El Puente (partner of MITKA), Segelwerk, Sol Nocturno Coffee, Teikei Coffee, Franz Denk, el rojito, Brigantes, Choco Del Sol, Herufek, Zotter Schokolade, echtöl and Mogens Hoirup.

Unfortunately, due to the ongoing pandemic, the sailing ship cannot be unloaded manually by numerous supporters, so this year we will unload in the Harburg museum harbour with the help of a historic crane. At the pier, 30 volunteers will help to bring the 60 tonnes of coffee and cocoa bags ashore and prepare them for transport to the warehouse. Visitors can still have a look around the extensive public grounds and be part of this special event.

Drunken Sailor? Peter’s Gin do Mar – A new look for a sailor’s tradition 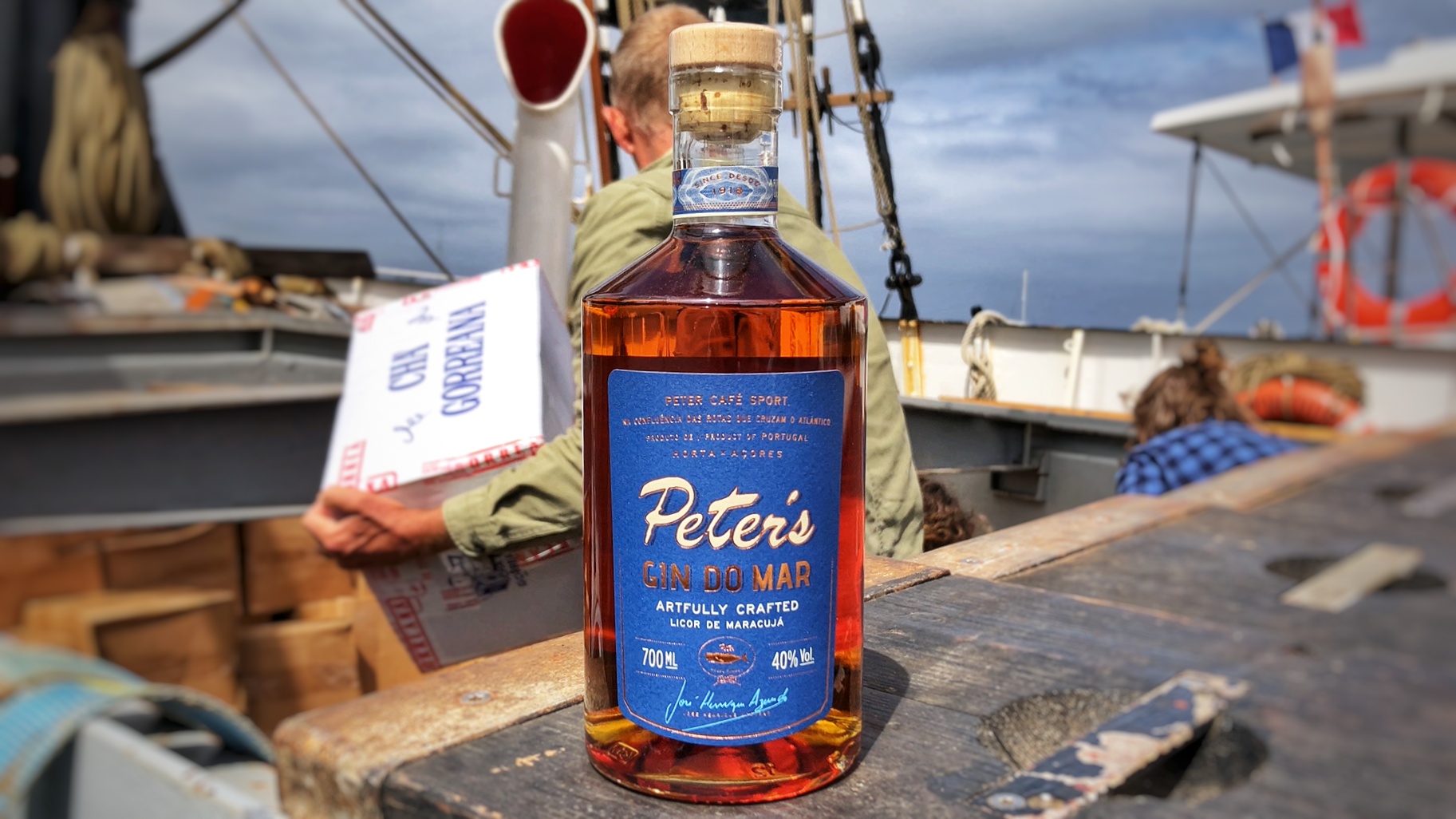 Since 1918, the British staffers of the submarine cable companies that operated in Horta enjoyed one of their favourite drinks at Peter Café Sport, gin tonic. The way it was prepared at Peter’s became the most sold and celebrated drink in the Atlantic.

In 2000, José Henrique Azevedo, 3rd generation of Peter, tested a blend of Gin with the most prestigious “Licor de Maracujá” and thus Gin do Mar was born.

In mid-May, the AVONTUUR visited “Peter”. And of course we couldn’t resist the temptation of taking the popular spirit on board in what we thought to be an absolutely stunning and beautiful new look. In fact, we really couldn’t resist at all, so that in the end everyone had to lend a hand to stow the 1000 bottles (yes, that’s right, a THOUSAND bottles – we’re crazy!) in the AVONTUUR’s hold.

On land, we from Team Timbercoast are now working at full speed to rebuild our online shop so that you too can soon enjoy Peter’s Gin do Mar again.

On this sixth voyage, wind, weather and port authorities again put the endeavour to transport fair and ecological goods as emission-free as possible by sailing ship to a tough test.

At the beginning of the voyage, the pandemic spoiled our plans to take on olive oil from Greece and to welcome an art exhibition on board in Italy. And then this: after a long back and forth between the registry court, the various German authorities and us, we were finally denied the right to sail under German flag by the Higher Administrative Court, so we registered our AVONTUUR in the Seychelles without further delay before sailing in October, in order to be able to keep up our travel plans and Mission Zero going. Even though it hurts us to no longer have Elsfleth on the stern of our cargo sailing vessel: in February, the AVONTUUR finally sailed across the North Atlantic from the Canary Islands to pick up coffee, cocoa and rum from the Caribbean and Latin America.

Loading in Honduras became a nail-biter. Here, around 40 tonnes of coffee were waiting to be loaded. But the authorities initially refused to give their consent. Once again, it became clear how much the global processes are oriented towards working with standardised containers. Loading the loose coffee sacks caused scepticism, not least among the drug police. However, after long negotiations and the greatest possible patience on the part of everyone involved, every single bag ended up in the hold of the AVONTUUR.

And the crew of the ship also had to go through a lot due to Corona: for example, in the Caribbean, another island had to be sailed to than had been planned in order to ensure a necessary crew change, which had not been permitted by entry regulations elsewhere. Furthermore, the climate sailors were not able to move freely in all the stops they made on the voyage. Nevertheless, since October last year, a total of 36 courageous professional sailors and ambitious amateurs from nine different nations, namely Canada, Sweden, Portugal, Denmark, Switzerland, Spain, France, Germany and Poland, have set out together on the sea journey to actively support the “Mission Zero” project around the cargo sailing vessel AVONTUUR.

On land, the crisis hit Timbercoast GmbH, which represents AVONTUUR as ship manager and supports it as a trading company, particularly hard. “We had to give up our stock and office-shop in Elsfleth in order to keep our mission alive. This also hit our team very hard,” says Captain and Managing Director Cornelius Bockermann. “Some painful decisions had to be made. But we remain confident and are doing everything we can to persevere and to start again soon with our own products such as coffee, rum and gin from the Azores.”

With the newly founded Timbercoast cargo under sail UG (limited liability), we are sailing on and doing everything we can to soon be able to offer sailed goods again. We continue to actively demonstrate that clean sea transport is feasible and achievable. Even if this often means suffering setbacks in these times, we continue to sail towards a better, more sustainable and fairer future. To paraphrase Aristotle: “We cannot direct the wind. But we can adjust the sails.”