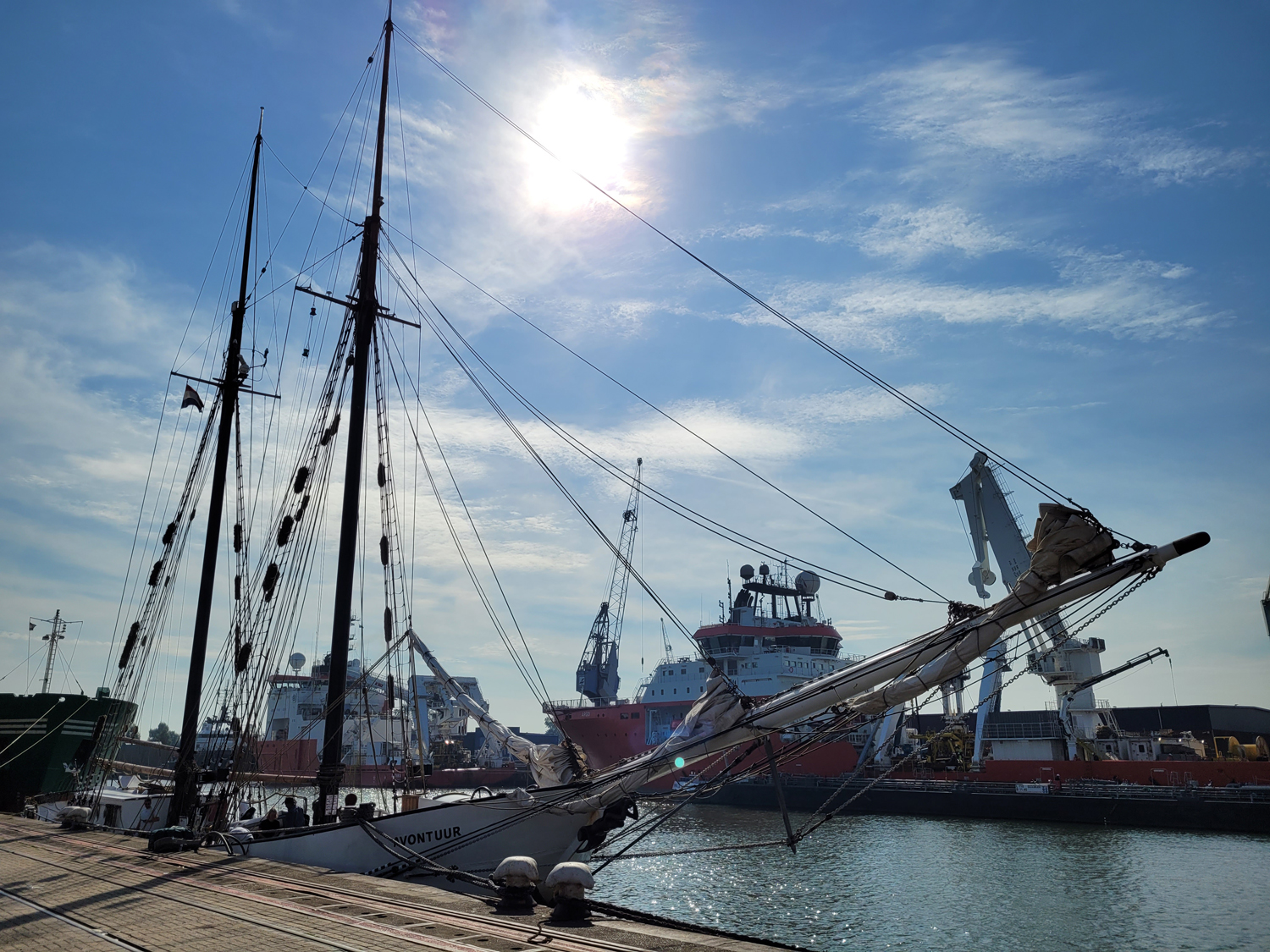 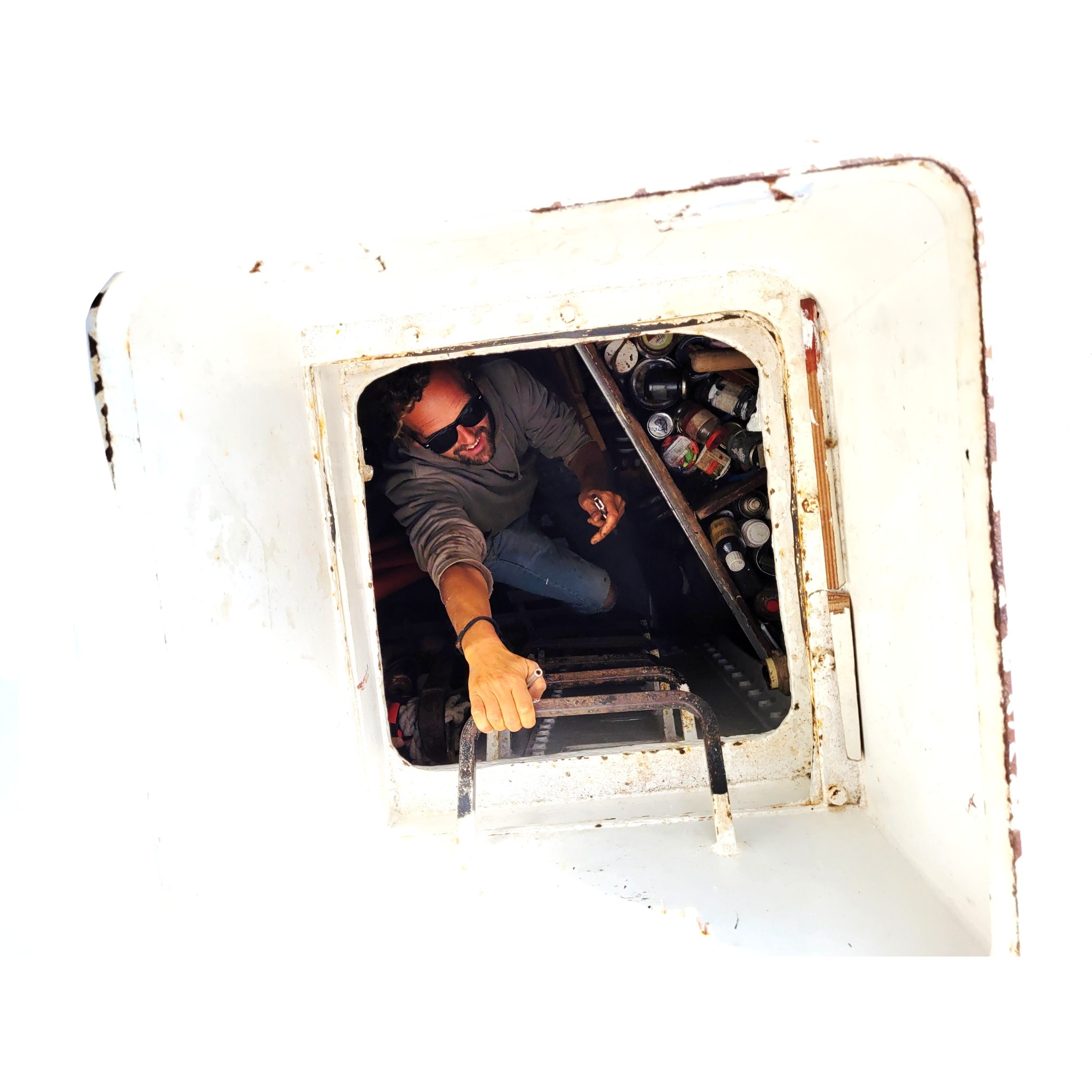 What a first leg! After the seemingly endless days of westerly headwinds

and a sailing route that looks like a cat chasing a ball of wool through the English Channel, we have reached Leixões in Portugal two weeks behind our original schedule. It is hardly surprising that this was quite a strain on ship and crew (our mainsail is as good as repaired ;). The mood on board was all the more relaxed when, after loading organic and sustainably produced cotton clothing, we set off at lightning speed towards Rotterdam, where we have been moored in the harbour since Monday and are making preparations for the onward passage to Tenerife.

Here are a few impressions from the pier: 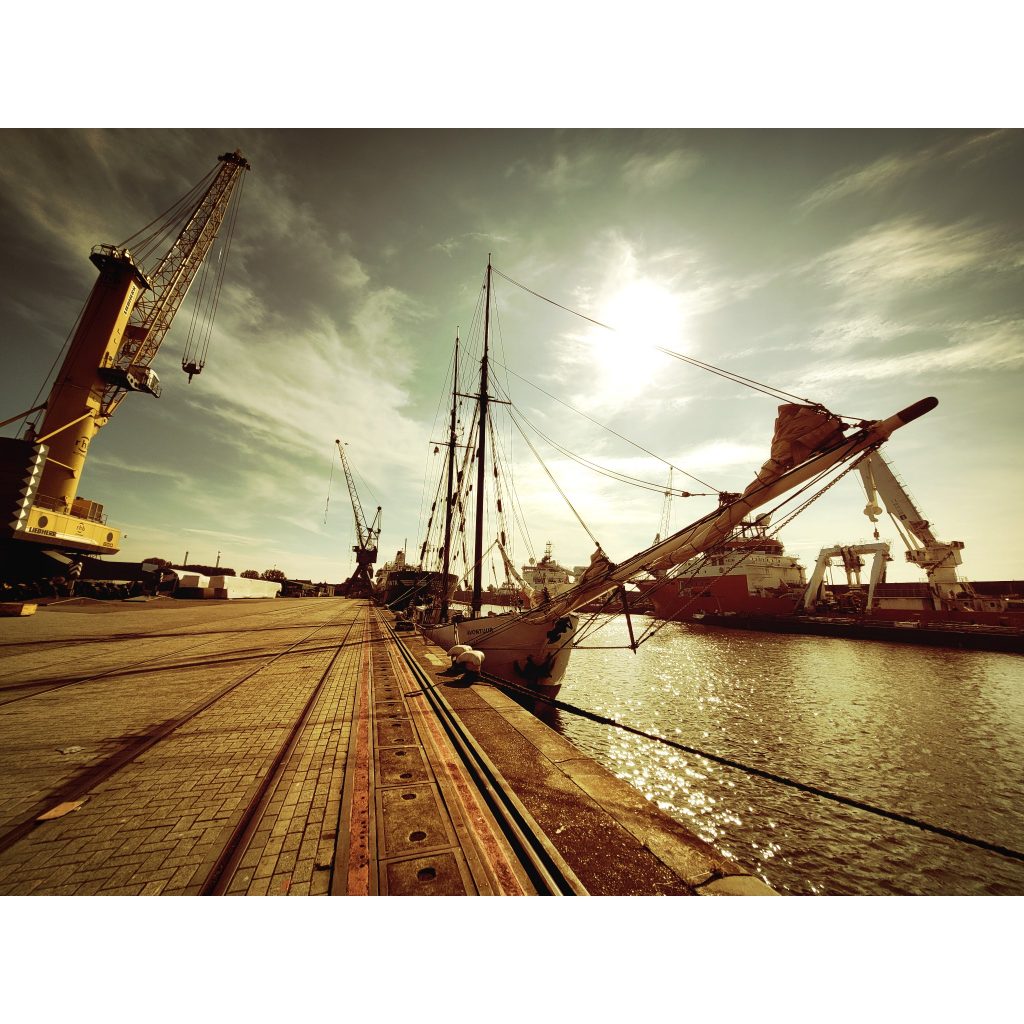 At the end of the week, our route will take us once again through

the now almost dreaded English Channel (we gratefully accept prayers to the wind gods!). We will sail across the Bay of Biscay and the open Atlantic towards the Canary Islands, where we will arrive at the beginning of October wp agw.

It will be just a short stop on Tenerife before setting off on what will probably be our most exciting voyage so far: At the end of October, we will sail via Guadeloupe to Colombia and, loaded with rum and coffee, return across the Atlantic and the Bay of Biscay over Christmas and New Year’s Eve to Bordeaux in France at the beginning of 2022. Already on board here in Rotterdam is a barrel of our sailed rum, which will take part in this exciting voyage (and very probably also the following one via Mexico back to Hamburg).

Even before we reach Tenerife, our latest sailed rum edition of the last voyage will be available. It is being bottled right now at our partners Feinkorn-Brennerei Jos. Rosche in Haselünne! As you can see, we don’t want to disclose too much yet, but you can already look forward to a great bottling. We’ll keep you up to date on facebook, Instagram and our website (and gradually sharpen the label ;-)).

And if you can’t wait until then, we won’t leave you high and dry either. The next sailed pleasure is not far away, because:

Our birthday bottling for the 100th anniversary of our cargo sail schooner is already available online and in selected specialist shops! 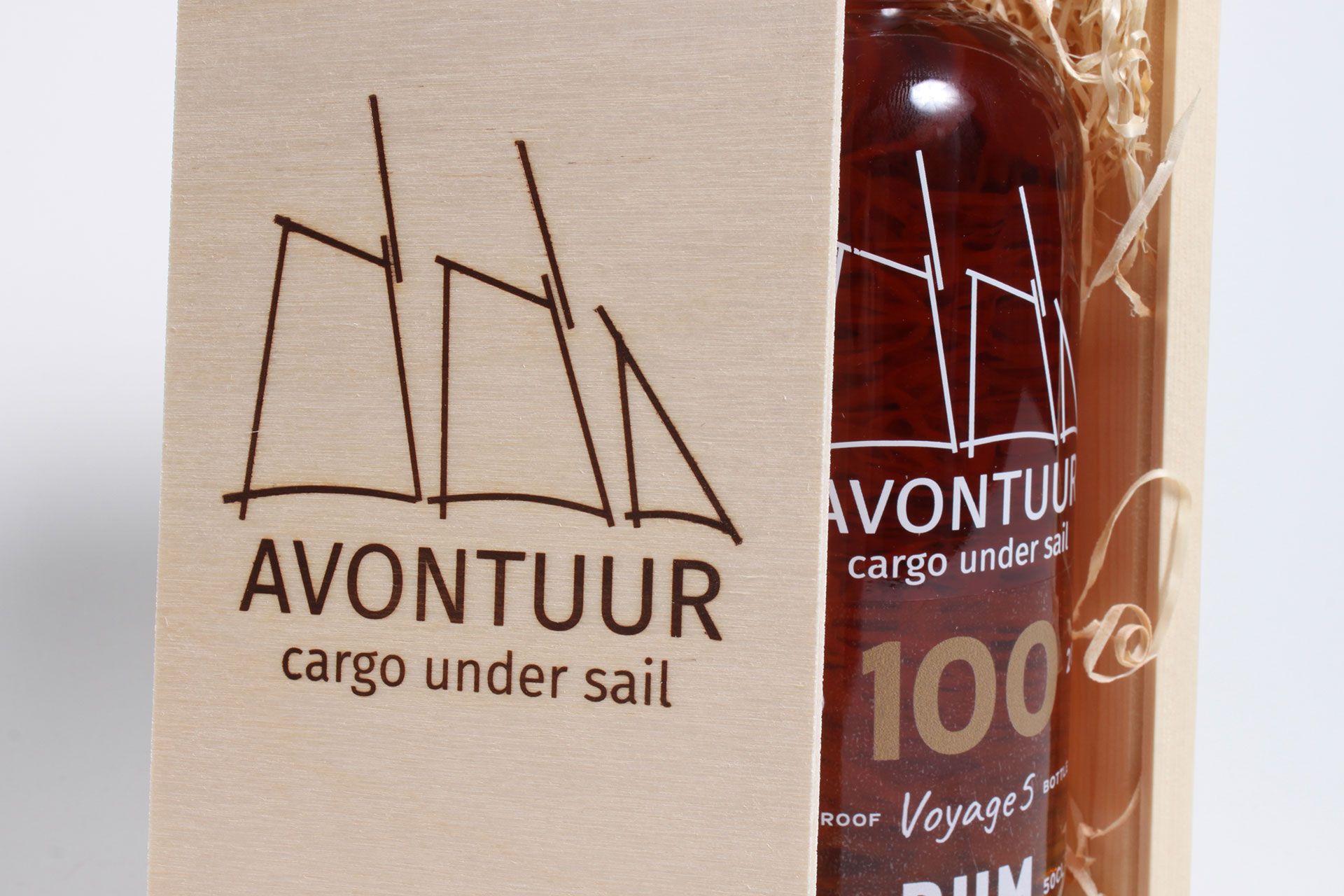 Returning from its sea voyages last year, the rum was fermented without the addition of yeast; this unusual method of natural fermentation gives the fresh sugar cane aromas and overall flavour profile of our anniversary bottling a unique intensity and complexity. On board our AVONTUUR, the rum barrel spent two full voyages and thus almost 34,000 miles at sea: the longest distance ever covered by a rum at sea! Wohoo! Wind and waves subjected it to an additional, special maturing process on deck. The result is a limited edition of only 500 bottles of Single Cask Anniversary Rum with an alcohol content of 100 PROOF, which arrived to celebrate the centenary of our 1920 Dutch-built schooner. This rum, sailed four times across the Atlantic on two voyages in 21 months, is one of our ambassadors for clean sea transport and our MISSION ZERO.